Posted at 15:50h in Faces Of Hope by Andrea kaszak
0 Likes 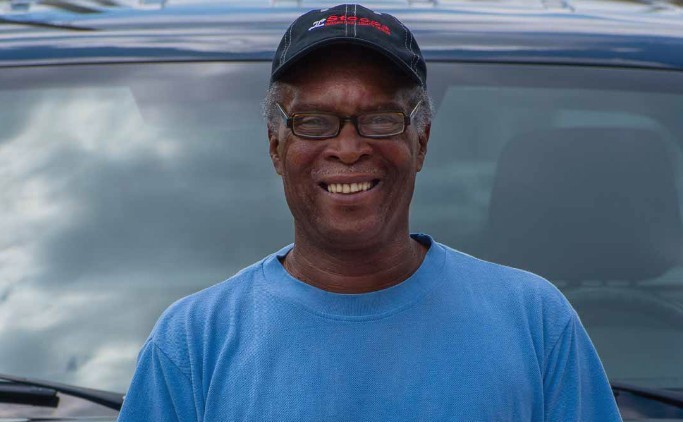 Most homeless men struggle to move forward in life until they are able to face the past circumstances that led to their present situation.

However, addressing the issues that caused them to seek help at a shelter can be difficult and painful. But, Mike has done just that by the grace of God since first coming to our Men’s Shelter in 2009 in his 40’s.Mike’s alcohol addiction cost him an 8-year career in the Navy Force as well as several other promising jobs.

Mike trusted Christ for salvation early in his time at Good News. He spent quite a bit of time on our work crew and was always willing to tackle whatever task he was assigned. However, as we counseled him it became clear he lacked direction on how to get his life back on track.

Although Mike finally showed initiative by getting an associates degree in welding from Ivy Tech, finding a job proved to be difficult because Mike had no transportation. His license had been revoked 10 years before because of stacked up unpaid traffic violations and fines.

We encouraged Mike to face the consequences of his past, even if it meant time in jail which was highly likely. The first step was to save up over $5,000 to pay off all the fines. It took some time, but once the funds were secured it was time to face the music.

Mike’s counselor had been corresponding for a long time with the courts to try and improve the situation and when it finally came time, he stood with Mike before the judge to advocate on his behalf.